Over the years I have privilege of taking search and rescue training from FEMA, SEMA, Christian and Green Counties Emergency Management Offices.

As a result I have been able to go on many Search and Rescue or Search and Recoveries (S&R). Each had different results.

When we go out, we are given different amounts of information. We never get the “full story”. Sometimes it’s under the pretense of “keeping information safe” other times those sending us just don’t have a lot of information.

Most of the time we are looking for missing persons, however there are times we are sent to locate “dropped” items, not necessarily a person, think evidence finding. 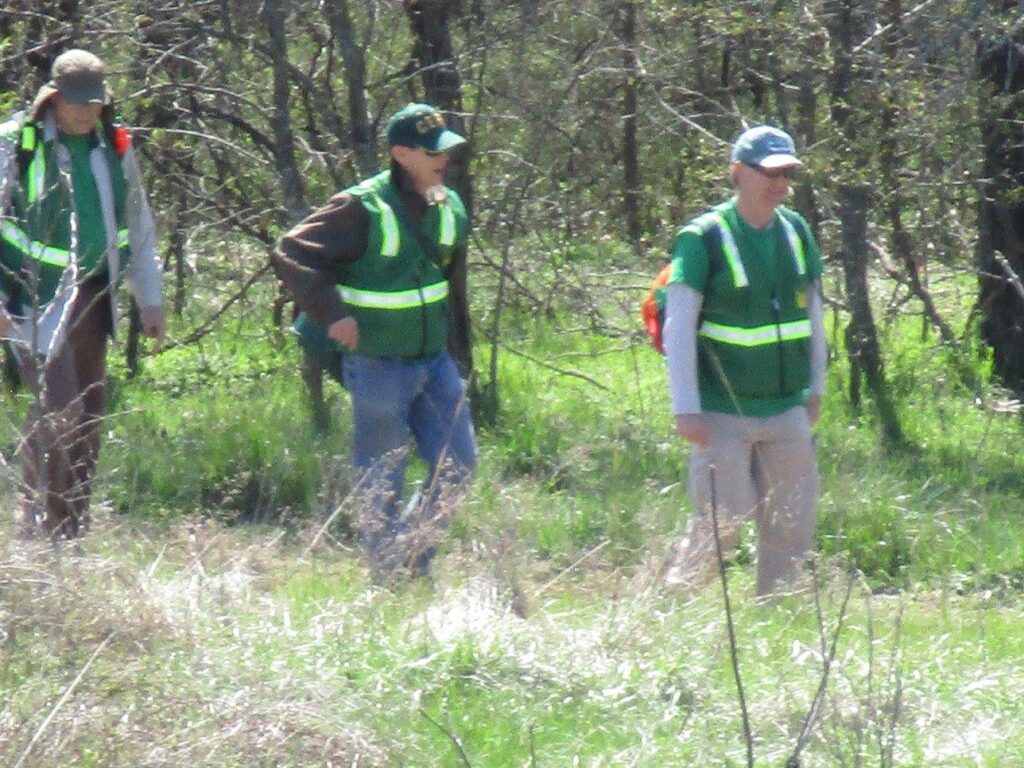 There have been times we found nothing, times other teams found what or whom was being searched for and of course at times we found the who or what. The results depend on your point of view.
Finding a pedophile who ran off and committed suicide means one thing to the world, another to their family.

Times when the missing child turned out to be a runaway and hiding at their best friends, was a great result for us and the parents, not so much for their social life after being grounded for a few months.

When we searched for, and found, evidence that had been ditched by a man who attempted to murder his girlfriend, that was a good result for us and law enforcement. The girlfriend still had to come out of a coma and physically and mentally recover.

I could regale you with stories of the 2011 Joplin tornado search and recovery or missing people with dementia that we have done, however that is not the reason for this article. 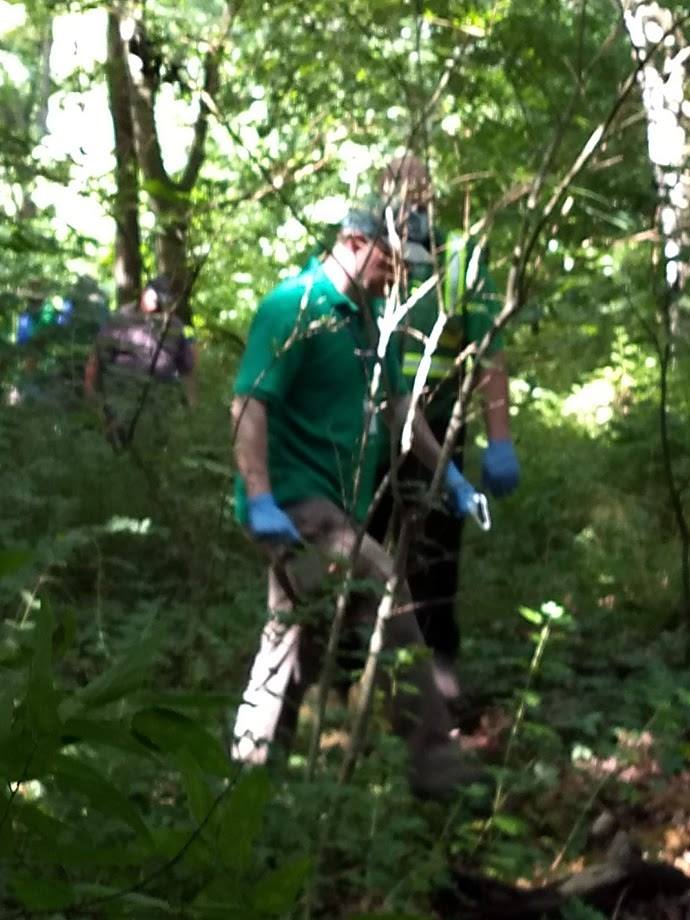 A recent search and recovery we did stands out, for many reasons. It was a suicide, a pretty clear case of suicide. It was proceeded by the normal giving away of stuff, leaving multiple letters et al.

This individual had lived in the home they grew up in their entire life including adulthood. After the person’s parents passed away, the house went into a trust for all the siblings. Only one lived in the area, everyone else was living out of town. This individual stayed in the home, living rent/mortgage free. By that I mean, they did not pay rent, give money to their siblings for use of the house and it is my understanding was not even paying for the utilities, the siblings were.

The other siblings decided they wanted to sell the house. Over the course of (to my understanding) almost 2 years, they finally received the “ok” from a judge to force the squatting sibling out. This person appears to have been so used to not paying for things in life that they chose suicide. This was not their only choice, they could have bought the house or moved out, allowing the sale of the home and taking their cut and using it for a roof over their head.

I cannot speak for the mental, emotional or other personal situations, however it struck me that someone would make that choice, death over paying “rent” or a mortgage. That stands out to me. You see, there was a time I lived in a truck with my two children, one was still in diapers, so I know what homelessness is about. I just never gave up.

Below is an edited after action report of the event. I decided not to share all details for the sake of the family and to be sure I don’t “cross the line” by divulging too much.

One day in June, the Emergency Management office sent out an email to the areas trained responders for a search and recovery the next day. We met at 08:30 for a head count and gear check and then carpooled to the missing person’s home. The home and property consisted a house and barn on multiple wooded acres. Since there were multiple notes left at the house, it was believed the person may have committed suicide on the property. County law enforcement had searched the house and barn previously. We were to search the property and possibly adjacent properties.

The previous week had highs ranging from 79 to 91 degrees with most of the temps in the 90’s. Add high humidity to that and this did not make for a positive searching or recovery environment. Tall wet grass, overgrown fields, puddles and a small stream all meant slippery and bug infested conditions.

After establishing a Command Post (CP), checking in and receiving a briefing from the Sheriff’s department, the 12 S&R specialist and staff members of the County EMA formed two teams and performed a line search of the property. I was assigned team lead of one team.
Within eight minutes, a member of the other team located the deceased. At that point I was assigned lead of both teams, with the exception of the man who discovered the body. I called a rally on me. This way there were no other “witnesses” and keeps the number of people involved down. We do this in case the death is considered something other than suicide or if somehow courts get involved.

Unfortunately, one of the responders is like a moth to flame when we go to such events and I had to call her, have her husband yell her name and about 5 of us get quite vocal to get her attention and redirect her to the rally. She was heading straight to where the body was found.

Once our moth arrived, I made sure all members were accounted for and we returned to the CP.

Another head count at the CP, then I asked for volunteers to stay and help with bringing the deceased up. The body was found in a small, rocky, cumbersome valley on the property. It would not be easy to carry out. With the volunteers selected, we dismissed the rest of the S&R team members.

Those who were going to bring the body out of the woods waited at the CP while law enforcement did their part and the one who found her did his reporting to them. When he was dismissed from them, he joined us at the CP. He left with the 2nd wave of volunteers to go back to their vehicles.

This was this responder’s first actual search deployment and thus first discovery. Our leadership followed up and has continued to do so to be sure all is well. I only say this because we lost two complete teams (we normally go in 4 person teams) in Joplin when they found deceased children. It is harder on a person than you would think.

While moving the corpse (which we estimate had been deceased 4 plus days) one responder slipped on a rock and both hands went into the body. GROSS! With the state of decay due to bugs and heat, we all were quietly grossed out. We did not say anything out loud, a common curtesy because it could easily have been us. On the way up and out there were several slips and slides on the rocks, and tall wet grass (it had rained the previous 2 days). After what seemed like half an hour (though it was probably only 5 minutes), we made it to the coroner’s vehicle and placed the deceased inside.

About 11:00 we did a quick head count of the remaining volunteers, disposal of the masks and gloves and we left the CP as a group, with the County EMA staff, and went back to our initial meeting spot, signed out and dismissed.

All told things went smoothly. No team members were injured and all did their part respectfully and professionally.

So why do I tell you this story? To get it off my chest? I don’t think so, this was not my first corpse or suicide or hot S&R. To glorify myself or the team? No, we don’t really ever want recognition for this, we consider it a small part of our Civic Duty. Maybe it is because I am a story teller, a writer and putting things down, sharing them with others lets me feel like I may be helping others.