The bad side of being “one”.
In my previous article I wrote about being one, one voice, one who stands up. You can read it here – http://www.the22man.com/2016/09/you-might-be-only-one-but-you-do-make-a-difference/

Now “one” can be bad too. Over the course of human history many “ones” that brought in disciples and caused much harm. You should know about those “ones”, Adolf Hitler (https://en.wikipedia.org/wiki/Adolf_Hitler), Benito Mussolini (https://en.wikipedia.org/wiki/Benito_Mussolini) and Pol Pot (http://www.mtvu.com/shows/a-chilling-look-at-cambodias-infamous-killing-fields/) just to name a few.

Just as relevant is when “one” person storms off from a good thing, to make their own little world. One example is churches. It is my opinion that there are too many churches in the Ozarks. You knew I would get to a specific topic sooner or later didn’t you. 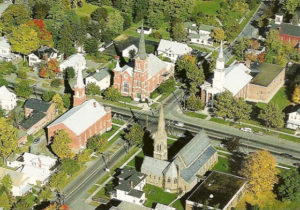 Now before you get your underwear in a wad, hear me out.
I have witnessed, first hand people fighting in a church, usually caused by “one” stirring the pot (wrong, wrong, wrong by the way) then “one” goes off and starts another church. Now there are 2, 3, 4 and more small churches. They cannot pay their bills, they have to compromise to keep the wealthy in their congregation and they are ineffective at the work they are supposed to do. They do not follow the teaching they profess. Their leader, Jesus, said go into the world, teaching and baptizing (Matthew 28:19) but these churches cannot because they were too consumed with being one, not joining forces.

I am not asking you to forsake your “one” idea, ideology, belief or stance. If it is true and just, I am reminding you and myself to stand up.

Do remember that you are stronger as two or more (Ecclesiastes 4:12). So feel free to join your little church with another, don’t argue over carpet or paint, instead gather together so you can pay your bills and have money left over to help the hurting (you know that caring for your family, the church, the orphans, widows, prisoners thing James 1:27) and spread the gospel.

If others stray from the foundational principles of the faith (lie, cheat, steal, manipulate, take down the cross because it is offensive…), don’t be afraid to be the one that stands up against such things, however don’t just run off and form your own church.

You and other members need to work together. Each of you has a talent that should be used for the glory of God. Your one, or several talents, off in the corner sulking is not doing your part.

Until we meet again, do your part.