I was and have been told all my life some lies that have been exposed in the last 20 years. Yet, as most opinions that are stated over and over, they have become false facts.

For years the gun shop talk said, “get a shotgun and if you hear an intruder, rack the slide, the invader will poop their pants and run away” and “give the little lady a light weight revolver, that way she doesn’t need to worry about controls on a semi-auto”. 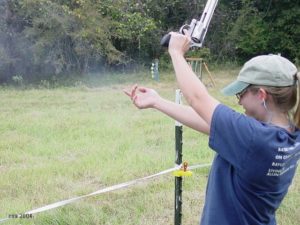 Both of these sounded like baloney to me and have proven to be just that. If you rack the slide of a shotgun the invader MIGHT hear you. If they do, they now know you are armed and will, statistically speaking, go into defense mode. You and your family are now more likely to end up in a deadly fight.

As for light wheel guns, ladies hate them for the same reason guys hate them. long trigger pulls and excessive recoil leads to a lack of practice and training and the gun ending up in a safe, not where it needs to be when needed.

These examples go right along with the “run, hide then, only if necessary, fight” and the “be a good witness” lie that has been told and is still being told by uneducated “security experts”. Yes, if you teach this I am outright calling you a liar and murder. Yup, murder too! Good people citizens die as a direct result of this, and YOU are the reason, period, end of story.

Let’s think for a moment on some occasions. In 2000 the USS Cole was attacked by suicide bombers. Reports show that Seamen saw them coming and suspected an attack but instead of shooting the terrorist, they were “good witnesses” and as a result, 17 sailors were killed, 34 injured and millions of dollars lost in medical cost and repairs.

On September 11, 2001 there were plenty of “good witnesses” in the planes that struck the towers and Pentagon. They followed what we had all been taught, “Don’t look them in the eye”, “look for identifying marks”, “keep your head down”, “comply with their commands”. Only Flight 93 was different, there a small group defied the masses and decided to fight back.

This is applicable in non-terror attacks too. Too many times people have been herded into a fast food cooler and murdered. Dennis Rader, the BTK psychopath told his victims, which ENTIRE families that went along with him, “I’m not going to kill you, I just need you to tie each other up”. Ted Bundy was no different, he preyed on young women whose parents told them “don’t resist”. I bet those mothers and fathers have a different thought process now.

Several people saw Hailey Owens get snatched off the street and were “good witnesses”, because they did not STOP THE THREAT Hailey was raped and murdered within a very short time. Less than 2 hours if memory serves correctly.

So what is the correct thing to do? Engage the enemy! While you are not a law enforcement officer or a military member, you can and should stop the attack. If an individual or group breaks into your home, it is ALWAYS a lethal threat to you. Stop the threat. If someone is carjacking you, shooting at the mall, kidnapping a child, it is ALWAYS a lethal threat, so STOP THE THREAT.

So… take your local police departments, citizens academy, join CERT, take the “Refuse to be a Victim” class, study ‘Active Shooter’ material, attend a professional firearms training class then weekly practice what you were taught. Get off you cell phone, don’t play fantasy football, turn off the TV. You can find 34 hours a week to become a Good guy or gal.

Here is a perfect example of what modern citizens do.

Before watching take note. The female recording is not helping but causing issues (by protesting FOR a thug). She calls for “someone call 9-1-1” while she is recording everything on her PHONE (what is the bet that it was a free “Obama” phone). Then the fake, yes, watch the video, fake fear of the shots fired. Turns out her fellow protestors whip out their guns and started shooting at the car. Finally, notice how, at an anti-police protest she is upset that the police don’t rush to the scene.

The choice is yours, law enforcement is under no duty to protect you, the individual. You may say “it is only me that gets hurt” which is another lie for another day.

Until we meet again, keep your booker hooker off the bang switch until on target and ready to fire.