The political season is really heating up and those that will win the upcoming elections of 2016 are rising to the top. 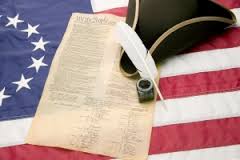 I don’t care what comes across your desk, I don’t care who wants you to regulate their neighbors chickens, kangaroo or fence height. My challenge is for you to not pass any new regulations on Citizens or Businesses.

School Boards, remember, you were voted in to help the families, not control them. I challenge you to not only NOT make any more rules controlling the students and families but to also remove 40 rules and regulations that give you power and reduce the students and parents authority over you, their employee. http://www.nixapublicschools.net/pages/nixapublicschools/District/School_Board.

State Representatives (http://www.house.mo.gov/legislatorlookup.aspx) and Senators (http://www.senate.mo.gov/15info/members/mem20.htm), I challenge you, make NO NEW LEGISLATION. There are 1000’s of bills that come across the House and Senate floor, throw them all out, no matter how “good” they are.

Instead of passing rules, legislation and controls, I challenge you to remove 40 Laws or regulations that are on the books. Remove 40 laws, regulations control over people, and or remove committees and bureaucratic organizations.

I make the same challenge to you Governors (https://governor.mo.gov/) and Lt. Governor’s (http://ltgov.mo.gov/) of the States. Don’t pass / sign any new legislation that effects your State Citizens. Yes you can and should pass a budget. Giving our tax money to build a new school is not needed, let the people do that. Remember many of our Colleges have buildings named after individuals who donated to fill that need.

Governors and Lt. Governors, use you authority over your Commissions, Boards et al. Pass down the requirement that EACH one remove 40 policies, regulations and restrictions. I believe in you.
Federal Senators (http://www.mccaskill.senate.gov/ and http://www.blunt.senate.gov/public/) and Representatives (http://long.house.gov/#dialog), not only do I ask that you not pass any new laws, policies and regulations, but I am asking you to remove 40 laws, regulations and control methods.

To the American new President, you can tell where this is going. Veto any new laws, regulations et all that Congress sends across your desk. I humbly suggest you also remove 40 programs, your executive agencies and Czars and welfare programs. How about 40 other agencies and Executive Orders that you or other Presidents have created.

All of you politicians, I challenge you to also remove or defund 40 programs. Yes, many citizens, including me would like for the IRS, EPA and BATF to go away, if you don’t want to start there, then defund Science on Spiders, Mosquito mating habits, how about PBS or the “Arts”. I leave it to you to pick the program.

If the program or research is really wanted and needed we know it will success and thrive. We are a Republic (not a Democracy), we are Capitalist (not Socialist). If the shows on public TV are so valuable, the citizens will step up, the companies will buy air time and advertising that promote the shows.

If our children will be uneducated because a television program is not available, then we need you to totally redo the public school system (or better yet get politicians totally out of the public school system). If they believe in it, the individual will donate to the National Public Broadcasting Corp or the “Arts” or any program that is currently funded by our tax dollars.

As a politician, if you have read this far, you are wondering what is in it for. Here is where you get the glory, the votes, praise and can put yourself on the public pedestal. Mr. President, Senators, Legislatures, Mayors and Councilmen and women, call a news conference and say something to the effect, “I am doing this because we know …”

You are not “defunding” public TV, you are “giving the people control over their public television”. You can say “I know we are not doing our best, getting all the funds straight to the programs and darn it Americans, I know you can do it better than the government…” the people will love you and praise you.
We know more taxes will come in because the people will spend more. You know that no jobs will be lost because the people (not the government) will create the jobs.

You have the privilege of saying “look what I have done for the children, for the poor, I have freed you the citizens of this great (city, county, State, Nation)”.

I have another challenge for you. Comment back on this blog, who you are, what you did. I suggest that you don’t wait a year to post. Instead, when you stop or remove a regulation, post it here. Use this site as your “brag board”, this is an open forum for people to converse.

There you have it, my challenge to all politicians, “The rule of 40 or the removing of 40” – removing 40 unneeded programs, regulations, laws at each and every level, every city, every county, every State and throughout the Federal Government.

Nixa I call on you to lead the way, Christian County leaders, you should look forward to freeing your citizens, Missouri – Show Me! Federals, prove you can do it.

In 365 days, who knows what will happen.

Until we meet again, keep your booger hooker off the bang switch.

I should have added this previously.

Politicians of all sorts please go and listen to the last 10 minutes of this podcast.