There is no finish line – Nike

You’re a beginner once, you should be a student for life – Paul Markel

Be Prepared – the Boy Scout Motto

While I am not a big fan of quippy phrases to live my life by, these above have some wisdom in just a few words. END_OF_DOCUMENT_TOKEN_TO_BE_REPLACED

With the current natural and man made disasters, you and your family or team may need to bug out. Having the right vehicle is critical. Here are my thoughts.

When considering a “bug out vehicle” there are many things to consider. Think of the vehicle’s age, parts availability (now and in a bad situation as well as new and rebuilt parts), computers (there have been many computers in different parts of vehicles for different systems for decades now), suspension et al. END_OF_DOCUMENT_TOKEN_TO_BE_REPLACED

From our friends at JPFO.org

Dennis Prager, an author, talk show host, columnist, pundit and Rabbi (did you know that?) testified before Congress about search-engine bias. His Prager University gets a billion views annually.

Hundreds of his postings and videos have been restricted or banned by online tech giants. Among many otherwise seemingly innocuous and reasonable ones censored, (Israel’s Legal Founding by Dershowitz, Why Don’t Feminists Fight for Muslim Women by Ayaan Hirshi Ali), Google banned Prager’s own, “The Ten Commandments, What You Should Know.”

Refusing to say why they do this, Google’s rep responded to Texas Sen. Ted Cruz on that one, saying it’s because the video referred to “murder.” Hawaii Sen. Hirono added, in Goggle’s defense, it also had Nazi imagery. Who are these people? Have you stopped using Google yet? Prager offered to post The Nine Commandments as a solution (but without luck).

The text below was taken years ago from a chain email, before social media had come into its own. While I did not write this, I have edited and updated a couple of parts, the basis of the writing stays true.

Are we fighting a war on terror or aren’t we? Was it or was it not started by Islamic people who brought it to our shores on September 11, 2001? END_OF_DOCUMENT_TOKEN_TO_BE_REPLACED

“Focus on the front sight.” If you have ever been to training or had a decent shooter help you, I bet you have heard that before.

According to every instructor for the last 60 years, the front sight is where you must focus in order to hit your target. It seems “reasonable” to focus there. You keep your rear sight and target in alignment and with the front sight you can more accurately hit your target, where you are aiming. The problem I have is how are you aiming at a point on the target when you are focusing on the front sight? END_OF_DOCUMENT_TOKEN_TO_BE_REPLACED

The CZ-52 was an imported semi-automatic pistol. Here is a brief overview https://en.wikipedia.org/wiki/CZ_52 and here http://makarov.com/cz52/index.html 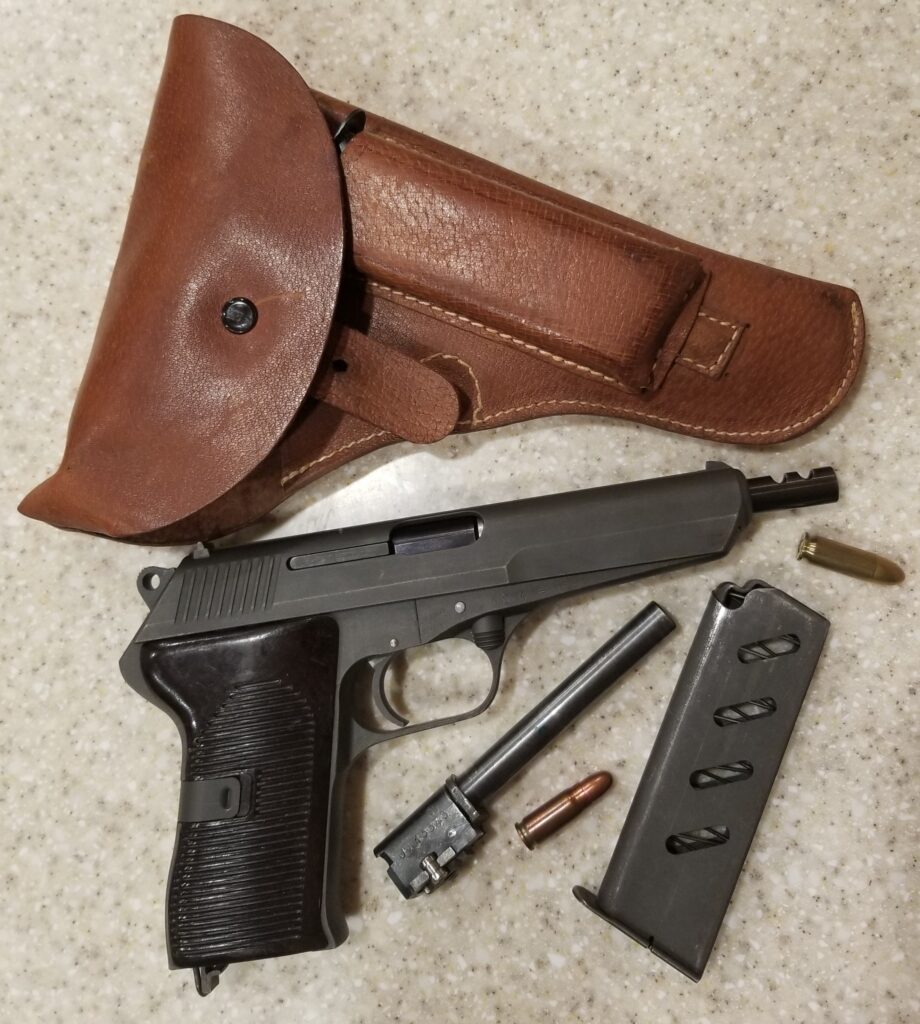 END_OF_DOCUMENT_TOKEN_TO_BE_REPLACED

This weeks article is another guest article by Dan McNeil. This one much less controversial than his previous articles, and a tribute. He wrote this in May of 2014.

I lost a best friend last week.  After 11 years, our Yorkie passed on.

He’d been fading for a year, his passing was expected, and we knew it would be sad.  But I thought it would be bearable. END_OF_DOCUMENT_TOKEN_TO_BE_REPLACED

Below is a link to the West Freeway Church of Christ near Fort Worth church shooting (12/29/2019), it has multiple zoom ins and replays so specific areas of the church can be seen during the shooting and immediately afterwards.

This is not Monday quarterbacking, just my analysis (as a church security team leader for 6 years) that will save lives at your church.

Important points that I noted:

Security knew there was an issue, that is why they had several people on that side if the sanctuary watching him. They knew he had a fake beard when he came in. They should have never let him have a seat, they should have politely and quietly pulled him off to the side and “touched” his sides discreetly and talked to him. There are ways to feel for weapons where the person does not know that is what you are doing. END_OF_DOCUMENT_TOKEN_TO_BE_REPLACED

This “article” was written as an after action for a recent tornado. I decided to slightly modify it and put it out as an article.

What happened? Two tornadoes went through Christian county and one directly through two subdivisions. There were dozens of tornadoes across the state due to this storm.

Once activated, our S&R team met outside the affected area (per our SOP) and then caravanned into the primary affected zone. Our group had 18 personnel. END_OF_DOCUMENT_TOKEN_TO_BE_REPLACED

Back in 2015 I first saw the “Jack” lower by Sharps brothers. Back then I thought “I’ve got to build me one of those” and thus my quest began.

I try to wait and buy parts only when on sale, however I do fail at that. In May 2019 I still did not have all the parts I wanted to complete this build so I gave in and ordered the final parts at retail.
During the years following my finding the Jack lower, I purchased it, and scanned the internet for build ideas, looks at parts that would fit what I envisioned my rifle to look like. Ideas came and went. I took screen shots of numerous builds to give me better ideas of what others had done, what I thought looked good and what was good for them but not for me. END_OF_DOCUMENT_TOKEN_TO_BE_REPLACED

Products the save you time